Unique wines in your doorstep.

our Wine
Join the club

Paella Perfect Wines is a concept inspired by the food of Cascal Restaurant in downtown Mountain View, CA. Cascal Restaurant has been offering spirited Pan-Latin cuisine for over 17 years. The experience at Cascal is unique and full of exotic flavors in a lively atmosphere, and that is the type of experience we want to deliver our club members. The club will include six unique selections of artisanal, food-friendly, small production wines from Portugal, Spain, Argentina and Chile. Each shipment contains tasting notes, descriptions and food pairings written by our expert team of sommeliers.
EXPLORE CASCAL

Paella Perfect Wines is a sommelier curated wine club focused on wines from South America, Portugal and Spain. The wines are curated with the highest Quality to Price Ration (QPR) in mind. All chosen wines are respected globally for their excellent value, food friendliness, unique character and drinkability.

In Spain, where wine is nearly always shared with meals, the production of reasonably priced wine has been mastered in a way New World wine producers are only beginning to understand. From Rioja to Monsant to Bierzo, the choices are endless and always exceptional.

Portugal, with its long history of grape growing and fortified wine production, has become a leader on the world stage for delicious, reasonably priced dry table wines. Like in Spain, fine wine has evolved into something that is seamlessly integrated into daily life. With over 250 native grape varieties, this region has a wealth of wine knowledge to explore.

From Argentinian Malbec to Chilean Cabernet, South America makes wines of strikingly consistent quality and shocking value. With a nod to the bold flavors of the New World and a healthy respect for the character of the Old World, these wines should not be missed by any lover of the grape. 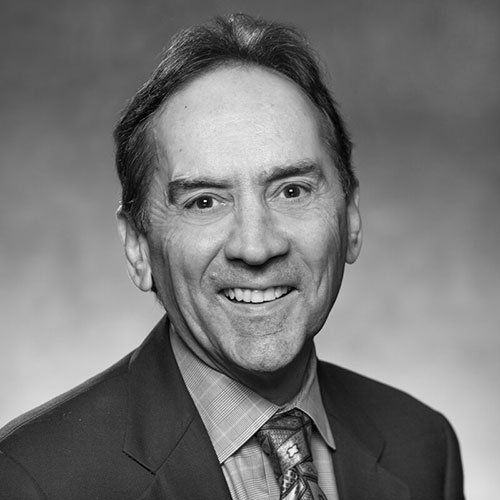 Randall “Randy” Bertao is of 100% Azorean descent and it was his maternal grandmother, an ethnic winemaker, who first introduced him to wine. In fact he bottled a barrel of her final vintage and is still in possession of a few bottles of it today.

It was the age old European tradition of sharing wine at the table with family and the people you love that first inspired his vinous pursuit’s. Later, a chance encounter with a bottle of 1961 Chateau Lafite Rothschild, with all its thought provoking complexity, inspired a lifelong career odyssey that included restaurant management, ownership and importing wine in England that eventually lead him to the Court of Master Sommeliers where he earned his Master Sommelier credential in 2005, one of only 269 worldwide.

Randy loves sharing his knowledge and expertise with savvy and novice tasters alike. He currently lectures and proctors examinations for the Court of Master Sommeliers, and enjoys mentoring students as they advance through the program. He has endless curiosity and is always inspired to introduce wine lovers to new and interesting wines. 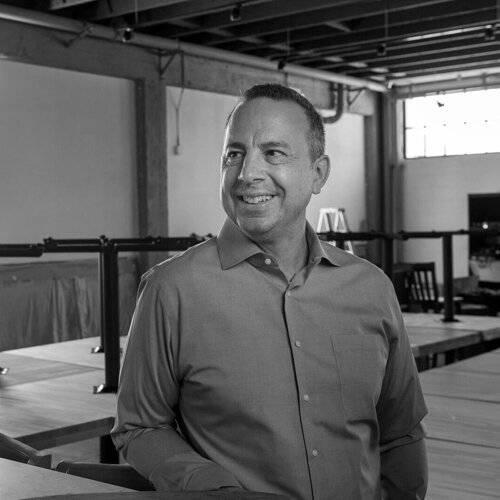 Mike, a proficient academic, earned a bachelors degree in Psychology from Santa Clara University, a masters degree in Social Welfare from UC Berkeley and completed a post masters clinical fellowship at Yale University. He then embarked on a 7 year career as a social worker. Leaving his career as a social worker in 1999 to officially pursue his interest in wine, he took a sales position at The Wine Club Santa Clara, the premiere wine shop of its time in the Santa Clara Valley. Mike next took a sales position at K & L Wine Merchants in Redwood City, where he ended up serving as the Assistant Italian Wine Buyer.Mike has leveraged his knowledge and passion to create and teach wine education curricula, develop food pairing programs, organize and lead wine education events, and lead both private and corporate tasting functions. Mike has been featured in articles in the San Jose Business Journal and San Jose Magazine and interviewed for segments on “In Wine Country,” and two different wine-related episodes on KRON-TV. After cofounding Enoteca la Storia in 2010 with partner Joe Cannistraci, he tapped back into his studies and achieved the following certifications: -Certified Italian Wine Professional with honors- Italian Wine Central -Certified Specialist of Wine- Society of Wine Educators -Italian Wine Scholar with highest honors- Wine Scholar Guild -French Wine Scholar with highest honors- Wine Scholar Guild In July of 2019 Michael became one of approximately 1000 Advanced Sommeliers in the world, certified by the Court of Master Sommeliers. Mike works directly with our import partner, private label sources and exclusive distributors to research, taste and choose the best wines and create the written material for your club(s). He has been curating wine clubs for over 16 years. 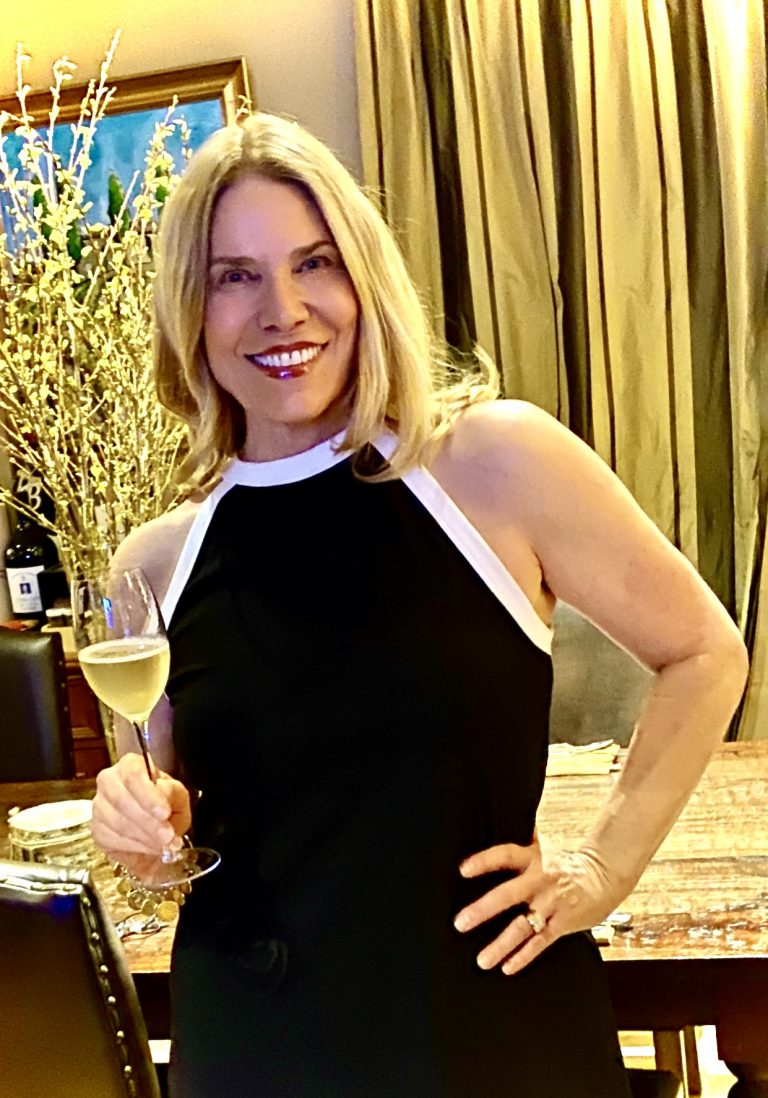 Paige Post Bindel is a fourth generation native ancestor of the historic Post family of Big Sur, California. She began her career working in the finest coastal restaurants and resorts locally developing her palate for all things wine. She then began traveling the wine regions of the world, which further honed her skills. Embarking on her studies to achieve the Master Sommelier Diploma with the Court of Master Sommeliers. Paige has immersed herself in her studies.

Paige studied abroad in Tuscany, Bolgheri and Umbria with the Famed Antinori Family at the Castello della Sala. Paige has participated as a featured speaker at Zinfest San Francisco and as a featured panelist at The Cab Collective, Paso Robles. Paige has also competed as an honored invitee in many international Wine Competitions such as The Ruinart Sommelier Challenge, The Bordeaux Ambassador competition and the Ambassador of Chianti Classico Tuscany competitions. Paige has appeared and been quoted in various National Wine publications such as The Tasting Panel Magazine, The Somm Journal and was featured on the cover and selected by Monterey County Weekly magazine as one of the local Stars of Women In Wine. Paige has been sponsored by many prestigious wineries in immersion education trips throughout many AVA’s in the United States.

Paige is a Certified Sommelier with The Court Of Master Sommeliers and resides her talents with The Pebble Beach Resorts at Peppoli Restaurant, she also holds her degree as a Certified Sherry Specialist with the Regulatory Council of Jerez Spain. Paige has aided as an honorary designer for Georg Riedel of Riedel Austrian Crystal in the design of the updated Zinfandel Crystal glass series.

As of late, with respect to the situation with social distancing, Paige has implemented an on line virtual monthly education and wine tasting program related to her position as Educational Director with The American Wine Society Monterey Chapter. Paige has successfully hosted both “Sommelier Series” Master Classes focused on themes such as “Northern Spain, Rioja & Rias Baixas” and “Italy North vs. South, Veneto & Campania”.

We will be hosting our first virtual tasting event on Thursday, May 27th from 6-7pm. Join our three sommeliers for an exploration of wines from Chile, Portugal and Spain. For more information on the wines that we will be tasting and to purchase tasting kits click here.